Life on the Beach!

Independence Day is cause for celebration throughout the U.S., and of course, there are few better places nationwide to celebrate America’s birthday than at the beach.  This Fourth of July weekend in Daytona Beach, there’s a long list of festive events on tap where you and your patriotic crew can let your red, white and blue spirits fly high.

If you’re looking for a special place to celebrate your Fourth of July weekend, consider these five fun highlights (which represent just a few standouts among the many area events planned) on tap  July 1-4 in Daytona Beach:

5. Fireworks — Fireworks and the Fourth of July go hand in hand, and in Daytona Beach, the night skies over the coastline certainly won’t disappoint. In addition to aforementioned Independence Day fireworks shows at the Daytona Beach Bandshell and the Daytona Tortugas game, the area will host even more pyrotechnics displays throughout the community.

Get Our Best Rate!

> Back to Blog Home 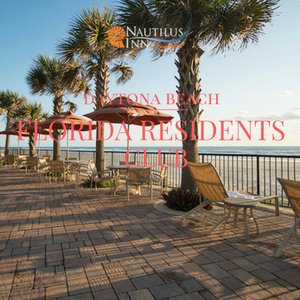